A serious advantage of trading on Forex is the ability to trade twenty-four hours a day all week. However, a trading day consists of many different sessions: European, American and Asian - also known as London, New York and Tokyo or Sydney sessions. This is because there are no single exchanges in the Forex market, and different countries trade at different times. 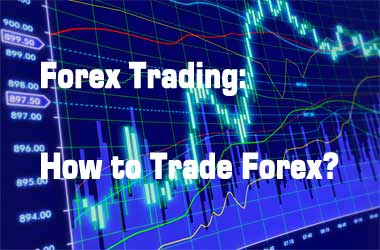 Each of these trading sessions is currently active, so each session has its unique characteristics. There is not necessarily a "better" time to trade Forex. When individual countries are open to business, the currency of that country and the currency of their trading partners are likely to have increased trading volume.

For example, during the Asian session, companies in Japan are open and will buy and sell currency to do business with companies in other countries. Trade-in yen will increase due to exchanges with home currencies of corporations with which Japanese firms do business.

When business is opened in Europe, the euro will be traded in large volumes due to European institutions exchanging with companies in other countries. At night, when these institutions are closed, they do not trade with companies outside of Europe, so the euro's trading activity will decrease.

Thus, no matter what session is open, the trading countries at that moment directly correlate with the currency they are trading. This means that each trading session will differ slightly in terms of the activity of specific currency pairs, market volume and volatility.

There are no open sessions this weekend. Trading starts at the opening of the Sydney session at the beginning of the week. Trading ends at the closing of the New York session at the end. However, your position in the world will depend on what time and day you are at that point. If you are trading from Japan, the trading week begins on Monday morning. However, if you are in the UK, it will be Sunday night.

The following table shows the time of trading sessions around the world for GMT. You can see that the trading day begins with the Asian session (Sydney) at 22:00 GMT and ends with the New York session at the same time - 22:00 GMT.

We have shown you the trading sessions for GMT because GMT never changes and you can use this information no matter what time zone you are in. However, you need to adjust it to your time zone. If you are in Central Europe, you will use the GMT +1 hour for wintertime. When the time changes to daylight saving time, you use a GMT +2 hour.

Characteristics of each trading session

The different characteristics of each trading session are described below.

These sessions start at 22:00 GMT when Sydney opens. Only Sydney is trading at this time, so the trading volumes are quite small, and thus the price changes are minimal compared to other sessions.

At 00:00 GMT, Tokyo is opened, and the trading volume increases. Australia and Japan are not big markets compared to Europe and the USA, so the price change is still insignificant. Spreads on the major pairs are usually a little higher at this time, and the liquidity is not as high as it would be in the European and American sessions.

During the Asian session, they are mostly trading the Australian dollar, the New Zealand dollar and the Japanese yen, as they are the home currencies of the markets that are open at that time. The most traded currency pairs in this session are AUD/USD, AUD/JPY, AUD/NZD, USD/JPY and NZD/USD.

London session opens at 8:00 GMT, and Tokyo has the last hour to trade.

A large number of traders participate in the trades at this time. As a result, there are more price manoeuvres than in the Asian session, as deuteration are closing positions in Asia, while other deuterators are opening positions in Europe.

During the European session, no currency pair deviates from the standard behaviour, that is, all currency pairs can be traded. The trading volume in these sessions is significantly higher, so spreads are usually lower.

Liquidity in the London session is also higher than in any other course, as the London market occupies almost 38% of the total trading volume - more than New York (17%) and Japan (6%) combined. Trading during an open London session is a good start, as you will trade in a highly liquid market.

At 13:00 GMT opens the New York session simultaneously with the ongoing London session. With the simultaneous participation of traders from both sessions, the volume and volatility usually increase.

At this time, only the New York session is open, and although the trading volume is still higher than the Asian session, it decreases during the European traders' exit.

During the American session, there are no specific currency pairs that are worth or should not be traded.

The darkened circles in the tables above show the moments when trading sessions overlap. Tokyo and London are both open during the hour when the Asian session closes, and the London session opens. London and New York are simultaneously open for five hours from GMT 13:00 to GMT 17:00.

The importance of attachments is that at this time significantly more traders are trading at the same time, affecting the market conditions. Increased liquidity means that the probability of slippage is lower; the chance of orders being executed is higher, and spreads on currency pairs are reduced. Most often, it is an excellent time to trade.

You can see the change in the EUR/USD price range per hour during twenty-four hours of the day. The red line represents the average change and highlights peaks and drops during the day.

During the overlap between the Asian and European sessions and the overlap between the European and American sessions, you can see that activity is increasing. During this period, price manoeuvres can be extremely volatile with rapid fluctuations in both directions, especially at the beginning of overlapping periods, so it is recommended to be careful when making transactions.

Caution is also recommended at the beginning of the trading week from the Asian session and the end of the American session - at this particular time, the market volume is shallow.

There are also national holidays during which Forex market conditions change, such as weekends of US or UK banks, as without participation of these countries trading volumes and liquidity in the market will be lower than usual.

At certain times of the day, news and reports are issued that affect the forex market. At this time, the impact can be powerful, causing a quick price manoeuvre in one direction and an equally quick return to the original price. This happens because the trading volume is low due to banks and institutions that close positions in the market, resulting in rapid price movements in both directions.

The time of publication of reports is known before they start, so volatile conditions can be avoided.

From this lesson, you learned that: